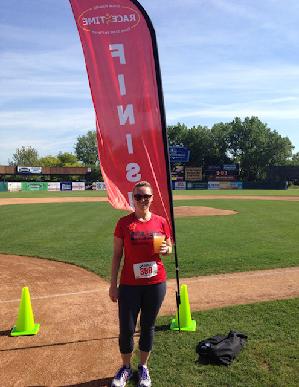 On October 11th, 2020 ﻿I will be representing Ronald McDonald House Charities (RMHC) at the 2020 Bank of America Chicago Marathon!  As a member of Team RMHC, I will be training, fundraising and ultimately running 26.2 miles to help keep families together.
﻿

I am running in the memory of our Team Captain’s son, Liam. Lynda Radman started Liam’s Ladies and Gents in 2017 but has been running the Chicago Marathon for Team RMHC for several years. In 2006, Liam was diagnosed with a tumor in his brain stem. Liam was hospitalized at the University of Chicago Comer’s Children’s Hospital for three months while undergoing a number of procedures which included neurosurgery. During these three months, Lynda and her daughter Samantha (then 4) lived at the Ronald McDonald House on the hospital campus. She did not return home during those three months at all. The House provided food, transportation to the grocery store, a private bedroom and some peace away from the hospital. It also offered emotional support from the volunteers and from the other families going through similar situations. Unfortunately, Liam lost his battle in 2008 at the age of 3. Lynda always wanted to give back to the charity which provided so much for her family but she didn’t know how. At that time, it was emotionally difficult for her to volunteer in a House. When Lynda started running to aid with her healing she decided to run with RMHC. She found a way to give back!

$500 Worth of Love Raised!
Let's raise even more love #forRMHCI!